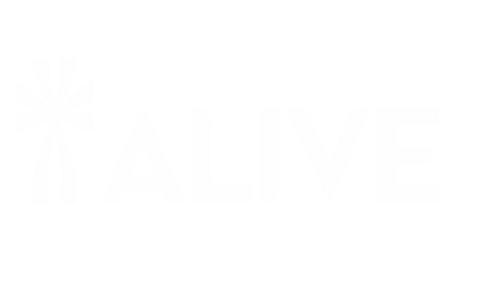 Service - Humbly caring for the needs of others.

We see the person.

We care about the need.

John 13:3-17 3 Jesus knew that the Father had put all things under his power, and that he had come from God and was returning to God;  4 so he got up from the meal, took off his outer clothing, and wrapped a towel around his waist. 5 After that, he poured water into a basin and began to wash his disciples’ feet, drying them with the towel that was wrapped around him. 11 For he knew who was going to betray him, and that was why he said not every one was clean. 12 When he had finished washing their feet, he put on his clothes and returned to his place. “Do you understand what I have done for you?” he asked them. 13 “You call me ‘Teacher’ and ‘Lord,’ and rightly so, for that is what I am.

14 Now that I, your Lord and Teacher, have washed your feet, you also should wash one another’s feet. 15 I have set you an example that you should do as I have done for you. 16 Very truly I tell you, no servant is greater than his master, nor is a messenger greater than the one who sent him. 17 Now that you know these things, you will be blessed if you do them.

Gathered at the Passover feast, the disciples were keenly aware that someone needed to wash the others’ feet. The problem was that the only people who washed feet were the least. So there they sat, feet caked with dirt. It was such a sore point that they were not even going to talk about it. No one wanted to be considered the least. Then Jesus took a towel and a basin and redefined greatness…

“I used to think you had to be special for God to use you, but now I know you simply need to say yes.”

We care about a need.

1 John 4:19 Our love for others is our grateful response to the love God first demonstrated to us.

“Outward lifestyles must only flow from inward realities.”

Luke 7 38-50 A woman in that town who lived a sinful life learned that Jesus was eating at the Pharisee’s house, so she came there with an alabaster jar of perfume. 38 As she stood behind him at his feet weeping, she began to wet his feet with her tears. Then she wiped them with her hair, kissed them and poured perfume on them.

39 When the Pharisee who had invited him saw this, he said to himself, “If this man were a prophet, he would know who is touching him and what kind of woman she is—that she is a sinner.”40 Jesus answered him, “Simon, I have something to tell you.” “Tell me, teacher,” he said. 41 “Two people owed money to a certain moneylender. One owed him five hundred denarii,[c] and the other fifty. 42 Neither of them had the money to pay him back, so he forgave the debts of both. Now which of them will love him more?” 43 Simon replied, “I suppose the one who had the bigger debt forgiven.”

“You have judged correctly,” Jesus said. 44 Then he turned toward the woman and said to Simon, “Do you see this woman?  I came into your house. You did not give me any water for my feet, but she wet my feet with her tears and wiped them with her hair. 45 You did not give me a kiss, but this woman, from the time I entered, has not stopped kissing my feet. 46 You did not put oil on my head, but she has poured perfume on my feet.  47 Therefore, I tell you, her many sins have been forgiven—as her great love has shown. But whoever has been forgiven little loves little.”

48 Then Jesus said to her, “Your sins are forgiven.” 49 The other guests began to say among themselves, “Who is this who even forgives sins?” 50 Jesus said to the woman, “Your faith has saved you; go in peace.”